Please welcome my good buddy, Iyana, who was come to tell us about her new story, A Midnight Caller.


Thank you so much for having me on your blog again, Faith! I’m so delighted about my new release, an m/m short story published by Bitten Press. It’s just a little story but I like it.

Let’s play those 10 Things, shall we?

Curious yet? Check out the blurb and excerpt below.
Blurb:

Actor Ashley Ferguson had received several mysterious calls for the past couple of nights. The caller said he was also an actor. Ashley tried to find out who he was and guessed it was Colt Harper, a young actor whose show was also playing on TV. Ashley thought of reporting the calls to the cops several times but he kept delaying doing it.

One night after Ashley was finished shooting someone grabbed him in the parking lot. The man said he was the midnight caller. Ashley was afraid that his earlier guess was wrong and his decision not to report to the police would end up really bad for him. 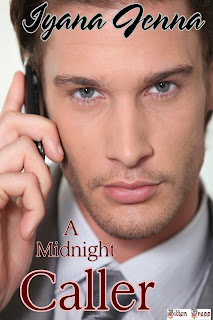 Iyana lives in Jakarta, a city famous for its traffic jams, a lot of cars and motorcycles, and people selling stuff on the roads. You can spend two hours on the road going to a place you can reach in half an hour in a normal situation. Thanks to the traffic jams, though, Iyana can come up with a lot of stories, mostly shorties, as she prefers to spend the time during her trips writing into her cell phone rather than sleeping.

Another thing Iyana loves is kitties. Right now she has five of them. Their names are Larva, Nyil, Cil, Mermood, and Horus. When she doesn’t write, she plays with them, or they would play with her when she writes.

One thing you SHOULD do, check out these links:

Last but not least, we have a giveaway! \o/ Please enter the Rafflecopter to win the prizes!