I'm off to France for a few days. We're driving to Mont Saint Michel - which is a lot further than we realised. When do we get the boat over? Oh yes, of course, during the super storm that's due to hit the south coast tomorrow morning! I get sea sick in the bath.

So, as I won't be here to post on Tuesday as I normally do, I'm posting now. 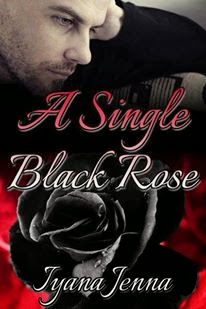 Actor Sean O'Reilly received a bouquet of roses that at first he thought was sent by his boyfriend, Nate Matthews. Alarm bells rang when Nate said that he hadn't sent them. Sean panicked when he kept receiving flowers over the next days, and what worried him more was that there was always a single black rose in the middle of other colored ones.
Together they tried to find out the meaning of all this. They found no answers. Sean and Nate didn’t realize that a wicked plot against Sean had been set up by an obsessed fan who was helped by a brother who had promised to always take care of him.