The Unraveling of Lady Fury by Shehanne Moore

I've been waiting to make this post for a long, long time. Finally, today's the day that the amazing Shehanne Moore's book is relaesed.

The Unraveling of Lady Fury

Shehanne has made a wonderful post to celebrate this special day. So, without further fuss I turn my blog over to her and her creation.

Avast ye, me hearties!
Bosley Crowther wrote in the New York Times of 10 August 1940 about The Sea Hawk, ‘Of course, the film is all historically cockeyed, and the amazing exploits of Mr. Flynn, accomplished by him in the most casual and expressionless manner, are quite as incredible as the adventures of Dick Tracy. But Flora Robson makes an interesting Queen Elizabeth.’

Talk about damning the whole sorry thing by faint praise. The Sea Hawk is after all,a pirate movie, although it’s not set during the golden age of piracy. 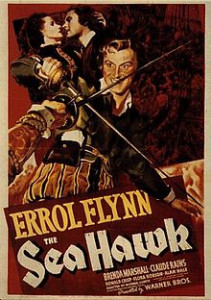 Pirates as you’ve guessed, or rather the depiction of them in books and onscreen, is what I’m going to blog about today, after I’ve firstly thanked the lovely Faith for so kindly asking me along. Why? Because my hero is an ex privateer, so when it came to creating him, I had to take a look at a few things. 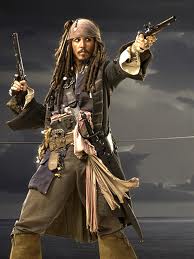 No offence to Johnny, whose portrayal of Captain Jack, I love, but the swarthy mascarad, look for my hero…er no.

And could I really imagine him and the heroine together on deck, looking like a prize pair of Spanish gypsies, never mind twats? 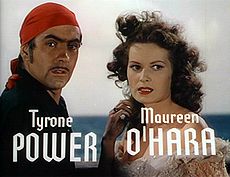 When they were on deck in their somewhat stormy, murky back story that was?

The depiction of pirates in popular culture with festering teeth, eye patches and more cutlasses than an Olympic fencing team, was not encouraging. And of course, thank you Robert Newton for the fact that every one of them speaks with an ‘Ooooh Arrrrr, Jim laaaahd’ West Country burrrrrrrr. 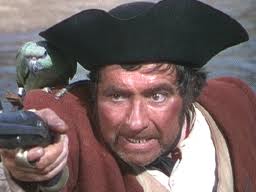 And as if that’s not enough, will you just look at what the poor man has got on his shoulder? Yes. In case you can’t make it out, it’s a parrot. A fashion accessory for pirates along with a hook and a stump.

The grief I’m giving myself, I’d have been forgiven for making the hero something else. A travelling circus artist, a bank manager, or something. Even the era - 1820 - was wrong to have been scourging the Caribbean.

But actually, it wasn’t. It tied in really well with the War of 1812 where privateers claimed three quarters of the 600 British merchant ships taken. The fact my hero was now an indentured servant, completely down on his luck, worked with what happened to these men in the years afterwards. It also worked with his biggest strength and flaw. Pride.

I tried to keep some of the pirate notions. He’s ruthless, conniving, and pretty concentrated on certain things only. Leave the family silver around and he’ll take it. And yes, he wears a tricorne hat. But he totally hates parrots. They squawk too loud. And because in reality, he’s a dirt poor farm boy from Savannah, he once took elocution lessons. Oh, he’s also blond. And drop dead hotly gorgeous. It’s what makes the heroine, having to sleep with him, so difficult.

No, you didn’t misread that. Conceiving the Beaumont heir gets a whole lot harder the second Flint Blackmoore steps on the scene! 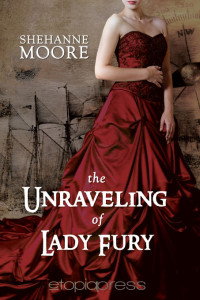 Rule one… There will be no kissing

Widowed Lady Fury Shelton hasn’t lost everything yet. So long as she produces the heir to the Beaumont dukedom, she might keep her position and her secrets. But when the callously irresistible man she’d rather rot in everlasting hell, than bed, threatens to expose her, she invents bedroom rules to stop herself wanting the one thing she knows he can never give her.

Rule two… There will be no touching

Only when it comes to rules, ex-privateer James Flint Blackmoore is a master at making his own. Soon he’s playing with fire. Both know future happiness can only lie in keeping each other at arm’s length. Yet they’re torn by old hurts and the promise of new passion.

But some rules are made to be broken…

Why is she so determined to hate him? Will her secret truth make it easier or harder for him to abide by the rules? Or will Flint finally convince her he can give her the one thing he never has?

Extract
"James, I am sure you will manage. You managed plenty before. But I do not particularly desire to look at your body before, during, or after. Nor in any shape or form wandering about this house in just your breeches. Is that understood?”

His hands came down off his shirt and he glared, so he must have. “You wanted to look at it plenty before. In fact, it makes my head spin, just how often you—”

True. But that was then. “Rule three.” Clasping her fingers round the cool edge of the dressing table to create another inch of distance, she continued.

“I will not touch you in any place, intimate or otherwise. I will lie. You will perform.”