I'm on BTS eMag today trying to answer the very important question; am I odd?

Am I Odd? by Faith Ashlin

I’m a woman, and passionately interested in WW2 airplanes. Nothing before the war or after – although I do love the noise a Eurofighter Typhoon makes. Boom! It’s so loud you can feel it in your chest— No civilian planes and it has to be iconic. I’m very fond of a B-17 Flying Fortress but really it’s the British ones that make me go weak-kneed.

Weak-kneed over an old plane? Yes, I know, I’m odd.

But there’s something about a Spitfire, Hurricane or Lancaster that just makes me proud and a little misty eyed. I can hum the theme tune to The Damnbusters, I’ve had my photo taken in front of the life size models of planes at the Battle of Britain Memorial and been to lots of air shows. Then, as a birthday treat, I went to the RAF Museum, saw a Mosquito for the first time and fell, inexplicably, in love.

It’s small and made of wood. A plane made of wood? That’s bonkers. But it was hugely important to the war.

Inside the cockpit is quite small, so the pilot and navigator are close together for hours and must form a great bond. That got me thinking; which led to Pathfinder being written. I loved the idea of two men, under huge pressure, knowing how short their life expectancy was, fighting on because they believed it was a war that had to be won. Add to that a uniform – or a very sexy flying jacket – and it was a story I wanted to write. Knowing I’d have to do lots of lovely research into my favourite plane was an added bonus.

If that makes me odd then I’m glad of it because it makes me happy. Here’s to everyone that embraces being odd. It’s a great way to be. 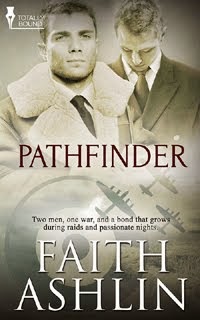