The Most Dangerous Man in Tudor England

Last week I was watching 'The Most Dangerous Man in Tudor England' on TV. At first I was just intrigued by the title; was it Henry VIII or Thomas Moore or someone else? Turned out it was about William Tyndale, who translated the Bible from Latin into English. How his impact on Christianity in Britain, and on the English language, still continues. How it made him a threat to the church and the state, and set him on a fatal collision course with Henry VIII's and the pope's heretic hunters.

He translated the bible into English and it made him the most dangerous man in England? I couldn't understand that. Why? They all believed that the bible was the word of God so what was the problem? It was explained that the authorities kept control by filtering God's word through the church and priests, while Tyndale wanted to make it accessible to everyone. They were fighting over that? Really?

But it got me thinking. So many things that we think are vitally important today, things people think are worth fighting for, even dying for, will seem completely, ridiculously unimportant in years to come. Fights between different branches or interpretations of the same religion are obvious examples but there are so many others.

They're trying to legalise gay marriage in this country and many people are totally opposed to it. Why? I don't understand that anymore than I understand the controversy over translating the bible. As the guy from the Terrence Higgins Trust said, if you're a man and you don't like the idea of two men getting married then don't marry one.

You could go and read the bible in Latin instead 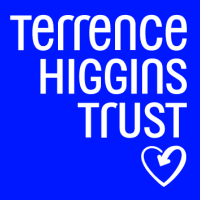