I was very kindly invited onto the 'Guys Like Romance, Too!' blog...

When the acceptable is not accepted by you, what do you do?

When I was very kindly offered this chance to appear on ‘Guys Like Romance Too’ the brief was to pick one of my stories that had a life changing event. Things like that happen in a lot of my books!
After deliberating for ages I decided to pick A Slow Process of Understanding because I’m proud of the story and I think it has a truly dramatic life changing event.
Have you ever felt like you’re doing the right thing, the good thing, and everyone else around you isn’t necessarily wrong but you are definitely more virtuous than they are?  Go on, admit it, have you ever felt a tiny bit smug? That’s how Jimmy feels in the story. In his world slavery is common and completely accepted. But he doesn’t want to be one of those nasty owners he’s seen around. No, he’s different, better. He might not have wanted a slave but now he has one he’s going to be good to him and treat him decently.
He’s basking in his own righteous glow when something happens that throws him into complete confusion. This life changing event makes him stop and re-evaluate everything he thought he knew. He questions his own family, the world around him and, the most difficult of all to do, himself.
Who is he? What is he? What type of man does he want to be? It’s not easy to be put in a position when you question everything. It would be very easy to ignore it, turn away and stick to what he knows, what’s commonly accepted. It would need an exceptional man to take the tougher route.
Can Jimmy be that man? He’s not sure. As for romance? That’s just a distant dream. 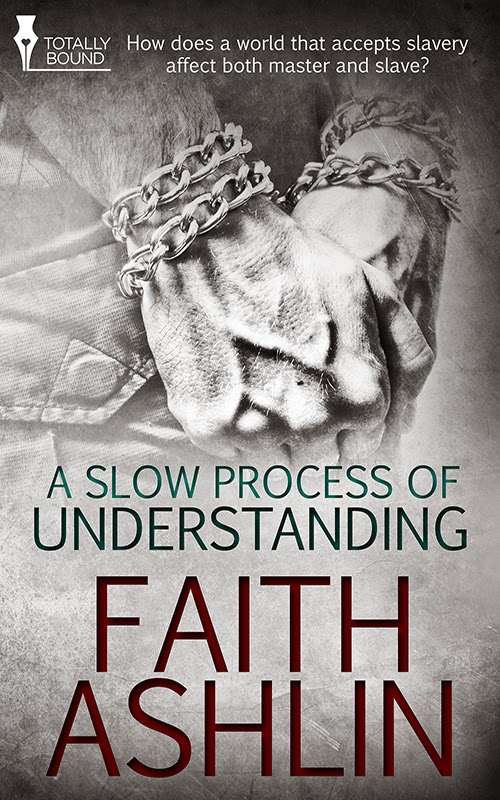