Ever since I can remember I’ve been endlessly fascinated but people. Sitting almost anywhere, people-watching is one of my favourite actives. I love seeing the dynamics of families on the beach – the mum trying to get the kids to eat sandwiches instead of sweets, dads desperately trying to beat their sons at Frisbee, grandparents there for the children when their parents tell them off.

Also, young couples holding hands at a café or long married men waiting patiently outside the changing room for their wives and ‘loving’ just the thing she wants to buy. Over painted girls checking themselves out in every window they go by and, one of my real favourites, beautiful young men that turn heads but don’t know it.

I can spend hours just watching, I think there’s nothing more interesting.

Or at least I used to.

Recently I’ve sort of lost interest and… I don’t like it. It feels like I’ve lost part of myself. But I have a new preoccupation that’s growing. One that I’ve always been there but is now coming to the fore. Places.

I’m falling in love with places. Not the supermarket or a rainy night in town but those magical, mystical places. Places like this. 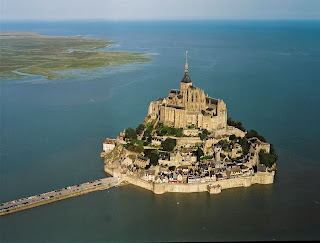 This is Mout St Michel in Normandy, France.  I first went there as a kid, aged about 13, and, oh it captured my heart! Tiny, winding streets that lead up to an imposing abbey. It feels medieval or like something from a film set. It's even better when it's surrounded by the sea.

Or how about here, Neuschwanstein Castle in Bavaria, Germany. 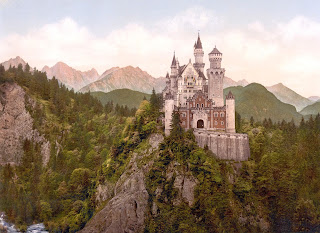 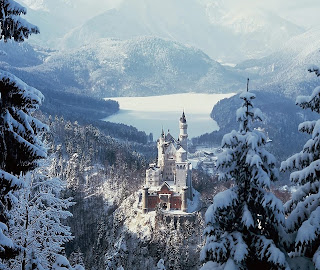 I've never been but how could you not want to? Just look at it, high up on in the mountains overlooking a valley. I think it looks imposing, fairy-tale and… There's definitely a theme to the places I like, although I find it hard to put into words. I keep coming up with magical but there's more to it than that.

I don't just like grand, imposing places, I'm also fascinated by smaller places. How about here? This is Broom Parc, a house high on the cliff top in Cornwall, England. It was used for the TV series The Camomile Lawn a few years ago and I love it. It's remote, with amazing views out over the sea. 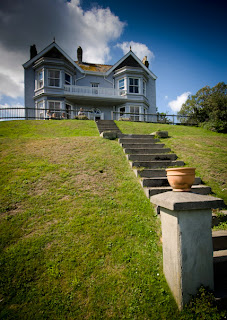 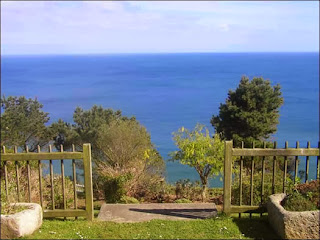 I’ve always thought I was quite good with words but I can’t quite explain what I love about these places so much. Some are otherworldly, magical, like something out of fairytales. They tend to be remote, sometimes bleak, with great views.

I wonder what that says about me?

Do you have any places that you love?
Posted by Unknown at 01:41